7 Haunted Caribbean Sites That Will Creep You Out

Do you like exploring haunted places or just want to do something different for your vacation this year? Halloween is coming up and the days are getting colder and darker. It’s the perfect time to take a much-needed vacation to the warm and sunny Caribbean. Whether you’re just looking for something different than your typical vacation or simply like being spooked wherever you go, the Caribbean has a lot to offer! 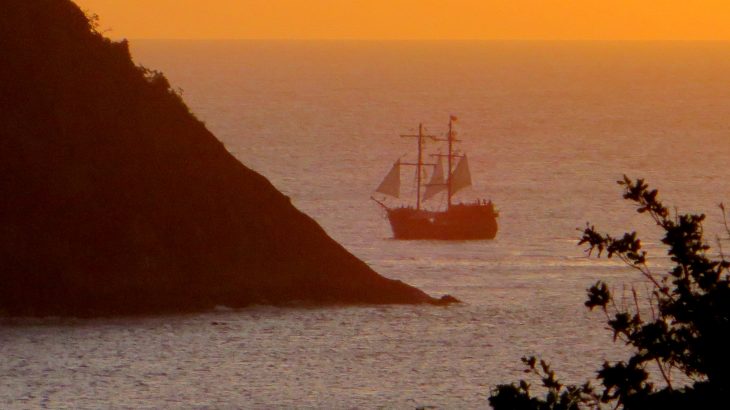 With its long history of pirates, slavery, shipwrecks and even bloody sacrifices, you’re bound to encounter more than just the living here. In fact, it’s said that every Caribbean island is the site of a haunting and has mischievous jumbies (spirits of Caribbean lore) that hitchhike with unassuming travelers.

Choose one of these perfectly-haunted places in the Caribbean for your Halloween vacation. 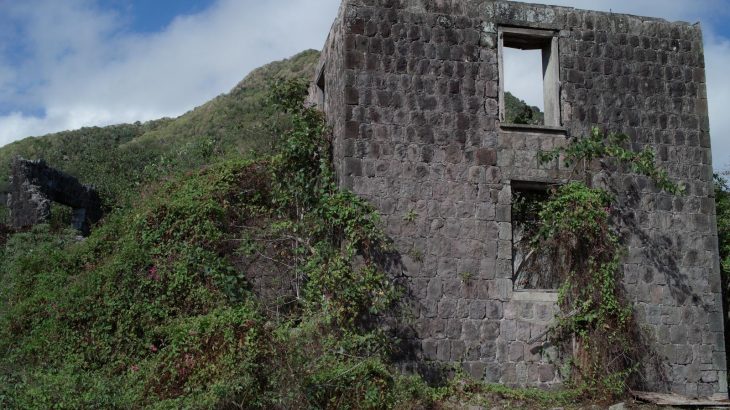 The remote Leeward island of Nevis, to the south of its sister island St. Kitts, is the epitome of spooky. It still looks and feels like it did centuries ago, making it a perfect place to start your Halloween vacation. Many of its centuries-old buildings still stand, and Nevis’ striking natural terrain really adds to the uneasy feeling. Nevis Peak is permanently shrouded by clouds (even during good weather) and on the unusual Devil’s Copper Trail, volcanic vents heat up the ground. If you bike across the trail, it feels like hell is blistering right beneath you. The real haunting, however, is the Eden Brown Estate in Whitehall on Nevis’ remote windward side.

Accounts vary, but legends say that in 1822, Miss Julia Huggins was set to get married and move into the estate when her future husband and his best man broke out in a duel and killed each other. This heartbreaking event made her into a recluse, and she is believed to still roam the estate today. Locals report hearing sobbing and wailing at night even, though the estate has been abandoned for a long time. You’ll also pass the eerily named Huggins Bay on your way there, which adds to the area’s creepy vibes.

Start your spooky visit by arriving in Charlestown, Nevis from St. Kitts by water taxi, and check in to the famous Four Seasons Resort Nevis. Here you can rent a car for your journey and relax at the Cabana beach bar with excellent Nevisian rum punch. For those who want to stay closer to the estate, consider Golden Rock Inn—a hilltop hideaway just a few miles from Whitehall. 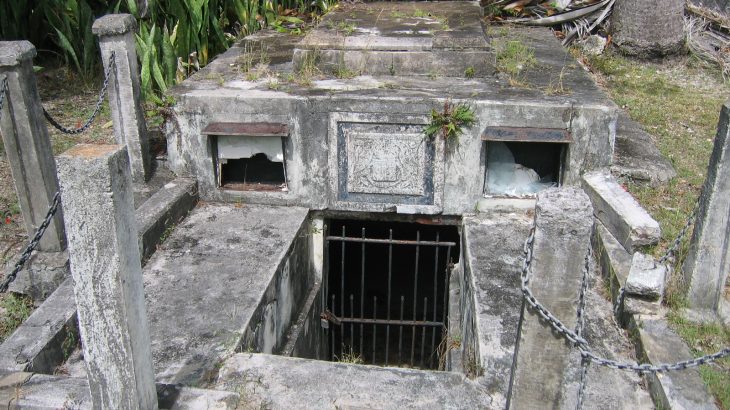 Walk Through Chase Vault in Barbados

Head on over to Barbados to explore this spooky crypt, where it’s said that coffins never stay put. Located in the Christ Church Parish cemetery in Barbados, this halfway-underground tomb was built in 1724 and bought by the Chase family. Three family members were quickly buried in the vault in close succession of each other. The burial team later removed the heavy marble slab that sealed the entrance and found that the three coffins inside had been violently tossed around and were standing against the walls of the tomb. The team found no evidence of nature or human tampering with the slab or the vault itself, and even though what they saw was pretty creepy, they decided to just put the coffins back in their place. Years later the vault was opened again and they found the coffins tossed around once more. This time they strewed sand on the floor so they could detect the intruders’ footprints. The locals got wind of the weird occurrences and decided to open the vault—the coffins were tossed about again, yet there were no footprints. The coffins were removed quickly and buried somewhere else.

If you’re brave and looking to get seriously spooked, take a flashlight and check this out at night. The vault is open to the public, so you can walk in anytime.

It’s good to know that the luxurious spa resort Bougainvillea Barbados is located right in Christ Church Parish for you to calm down afterward with some relaxing Bajan tea. For maximum relaxation, check out their top-notch spa or go windsurfing at the beach. 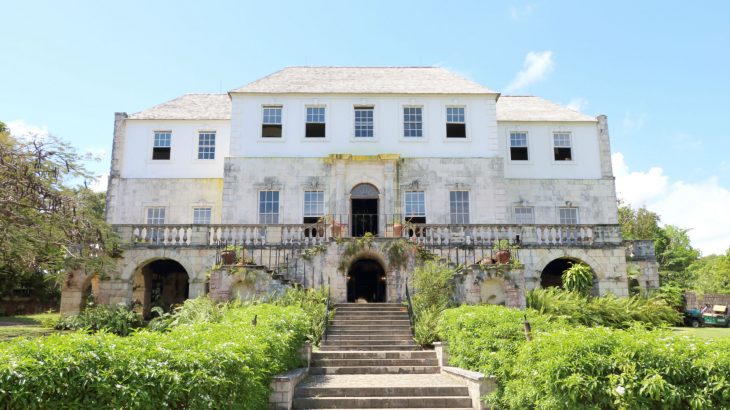 This impressive Jamaican-Georgian-style great house built in the 1770s in Montego Bay is famous for the legend of the White Witch, who allegedly murdered three husbands and numerous slaves here and still haunts the property today. These days, Rose Hall offers tours that focus on the legend, complete with actors re-enacting the gruesome murders and many of Jamaica’s other historical events. The 18th-century furniture, underground tunnels, blood stains and cold spots altogether will test your nerves. Séances are also often held here for visitors to take part in.

After the tour, enjoy a Witches Brew cocktail at the estate’s pub, a former dungeon. The luxurious Hilton Rose Hall Resort & Spa is on estate grounds so it’s a good choice for staying near the Great House without having a sleepless night. You’ll also get to enjoy Montego Bay’s famous beaches and partake in the estate’s excellently-maintained golf courses. 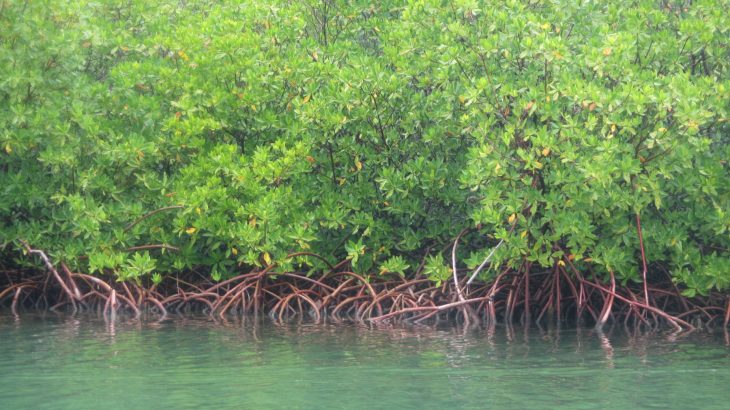 Kayak in the Haunted Mangrove Lagoon in St. Thomas

Of course, some hauntings in the Caribbean happen right within a lagoon. The enigmatic Mangrove Lagoon in St. Thomas is a protected sanctuary made up of a system of islets populated by red mangroves. Hundreds of birds nest in the mangroves and add to the eerie atmosphere.

Want to have a spooky good time here but prefer a guide for extra courage? The Virgin Islands Eco Tours offers a roughly two-hour tour through the lagoon. Begin your experience at sunset at the Mangrove Lagoon Marina, where you will meet your guide and rent a kayak. Your tour guide leads you through the many tunnels, shallow waters and winding waterways while telling you the lagoon’s dark history: at one point, pirates hid out here before pillaging the shorelines. The ghosts of famous pirates like Blackbeard, Bluebeard, Mary Read and Teach still haunt the waterways, as well as jumbies (spirits of Caribbean lore). The moon usually shines brightly here and the look and sounds of stingrays slipping beneath your kayak will add to the creepy vibe. The islet of Cas Cay is said to be haunted, so be sure not to pick up a ghostly hitchhiker there. If you are feeling really brave, you can climb off your kayak at the islet and explore its trail; It leads all the way to Red Point Blow Hole, where you can walk the shallow-water beach and watch water spew out of the craggy rocks.

Need somewhere to stay and wind down after? Try the Bolongo Bay Beach Resort. You’ll enjoy the pool, swimming with sea turtles, scuba diving and exploring the waters for yourself, all within the safety of the resort. 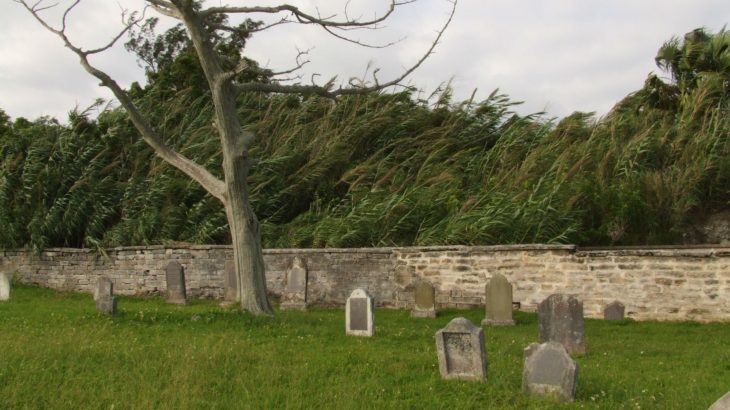 If you’re a fan of spooky ghost tours and historical towns, St. George’s Town in Bermuda will not disappoint. The town is a UNESCO World Heritage Site built in the 1600s. Here you can still feel the vibes of real ghosts around you at night. The Haunted History Bermuda Tour in St. George’s is definitely worth checking out for a spooky-time in a re-enacted ghost town. Tours depart from Long Story Short in the historic Tucker House on Water Street. Once you arrive in St. George’s Town, a story-teller takes you through the town’s winding alleys and lanes, while ghosts come alive beneath and around you. Guests often run out of St. Peter’s Churchyard Cemetery screaming, but it shouldn’t discourage your nerves of steel!

To relax before your scary night, check out the St. George’s Club and Resort nearby. Here you can sit back at Blackbeard’s Hideout with friends or family over conch fritters and octopus ceviche. For some time-out, consider renting a motorboat or reef fishing or snorkeling in Bermuda’s colorful reefs. The beach resort is also located on the UNESCO World Heritage Site and overlooks the town’s historic harbor. You might see a haunted “Old Morgan” rain cloud, hear some of the demonic, high-pitched screeches of hogs that used to roam here at night or hear the gentle harpsichord played by the ghost of the pirate captain George Dew, who still lingers here. 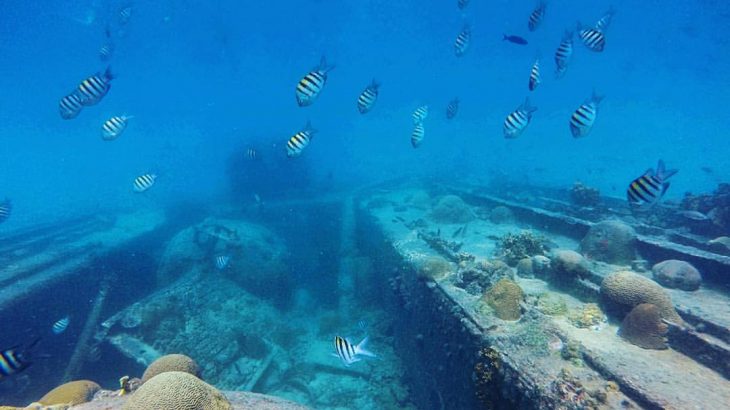 Dive the Ghost Ships of Barbados

Barbados is a great Halloween destination for scuba divers. This island on the eastern Caribbean Sea is known for hauntings both on land and underwater. You can explore 200-year-old shipwrecks here that are pretty much frozen in time. The spirits of Barbados’ underground Garrison Tunnels, pirates and slaves who were pushed out to sea, still haunt these waters.

The ultimate dive is the ghost ship SS Stavronikita, a 365-feet long freighter sunk near Bridgetown in 1978. Divers can go deep inside the wreck, swimming through creepy, calcified corridors into ghostly coral-spotted cabins and cargo rooms—even going as deep as the ship’s old engine room. Old furniture and artifacts still float around as a reminder of the ship’s past.

Consider staying at Sandals Barbados for included diving. This stunning beach resort features a full-service spa and 11 on-site restaurants where you can sit back and relax with freshly-made Bajan cuisine. 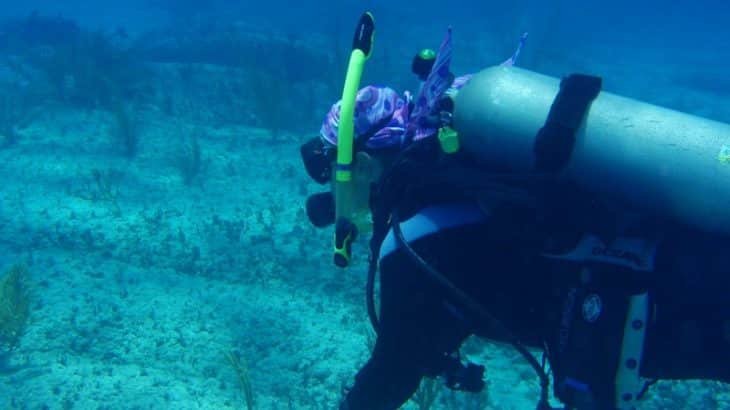 Find the Lost City of Atlantis in The Bahamas

Jump on a plane to Nassau, Bahamas and take a boat to North Bimini to experience something truly eerie and fascinating. Located in the waters just west of the bluff are mysterious, perfectly aligned square stone blocks called the Bimini Road. This orderly row of stones is fifteen feet long and believed to have been part of the road system of the Lost Continent of Atlantis. Some researchers say that the site’s appearance is identical to a harbor construction in the Mediterranean Sea that has also submerged in a similar time period, built in the same period by the same seafaring people. You can scuba dive here and explore this ghostly underwater road, just be sure not to venture too far or you might not return!

After, consider checking in to the Royal at Atlantis beach resort on nearby Paradise Island. This resort has everything an Atlantis fan (or any mythology fan) can imagine! Swim in a specially-built aquatic playground and dive in recreated Atlantean towers and ruins with stingrays and fish. This place is not so much haunted as relaxing and fun, so you can relax and reminisce about your Halloween adventures. 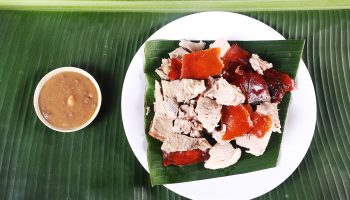 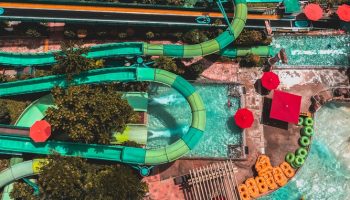 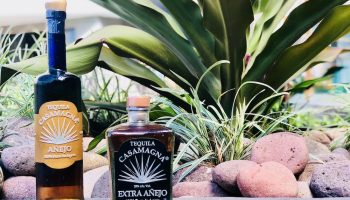 Food & Drink, Places to Stay
This Mexican Resort Bottles Its Own Line of Tequila 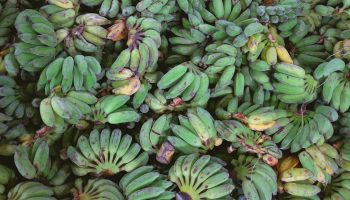 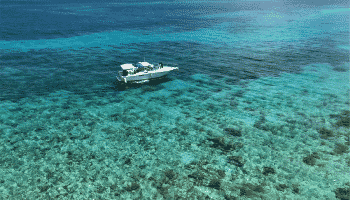 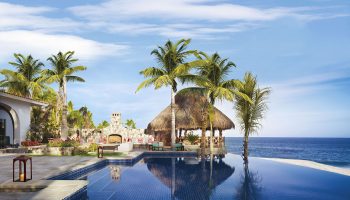 Places to Stay
Where Celebrities Vacation in the Caribbean & Mexico 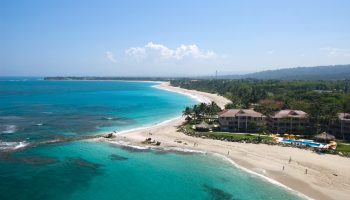 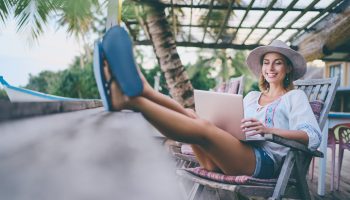 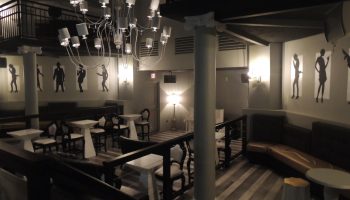